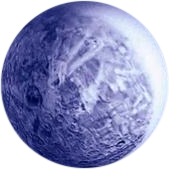 Niklaus Wirth is the author of the Oberon programming language. Together with Jürg Gutknecht, he developed the Oberon operating system, giving rise to the technological direction of Oberon languages and tools.

One of the first pages about Oberon in Russian

Sergey Zalmanovich Sverdlov about the main features of Oberon and its application for education.

The site was created after Niklaus Wirth's visit to Russia in 2005. The core of the site is work on the history and development of programming languages of its authorship.

Repeating by Niklaus Wirth, Jürg Gutknecht and Paul Reed of the Oberon project for FPGA

The event brings together developers who use Oberon-family systems in their practice, and interested listeners. Every year, experts representing fundamental science (high energy physics, biophysics), strategic industries (Rosatom), the industry of control systems (APCS, unmanned aerial vehicles), small innovative business (development of software systems for various purposes) make reports. Also in the center of attention are the problems of IT education, from grade 5 to specialized higher, and the key to their solution, developed by the Informatics-21 project. The mission of the seminar, besides the exchange of experience between the participants, is the broadcast of IT education in the industry and in the field of education.

The project coordinates the efforts of specialists in science, education, the aerospace industry and the IT industry to streamline the teaching of programming and computer science based on the achievements of Science.

Article by A.S. Ilyina and A.I. Popokov in the magazine "September First". “Teaching programming based on Component Pascal / Blackbox started experimentally in Russia in 2002. The most positive experience accumulated to date, both personal and colleagues, allows us to recommend this environment for mass use in schools and universities."

Open wikipedia on languages and projects in the Oberon language

Description of the OP2 compiler

A resource for the Oberon-07 language

Blackbox is a free and open source programming environment for the Component Pascal language. The environment supports dynamic loading of modules (compiled into machine code) and garbage collection, i.e. provides its own component object model. Writing, compiling, executing, testing can be done inside an integrated environment, which greatly increases the productivity of the programmer. Blackbox is an operating environment (a kind of micro-OS) that runs on top of a regular OS. This operating environment can be included in whole or in part in the final application (along with the compiler), allowing this application to be easily extended and rebuilt on the fly.

A cross-platform version of Blackbox for Windows, GNU / Linux, OpenBSD and FreeBSD is published on the site. A system of open publishing of extensions is also being developed.

The compiler is distributed in open source, along with a set of useful modules, which are combined into a Micro subsystem. These modules store register addresses, controller initialization procedures, templates for transferring data via the UART protocol, and much more. The Mobx subsystem contains sample programs for several microcontrollers.

Active Object System (AOS aka A2)

Visual is a tool for creating interactive educational and scientific models. The project aims to disseminate knowledge and teach programming.

Oberon to C translator with support for various Oberon dialects

YaOS — Russian translation of the A2 operating system (in development)

The YaOS project is a copy (fork) of the A2 operating system, written in the "ETH Oberon" language. The project started in 2019 and managed to make progress in the following areas: translation of source texts into Russian, expanding Unicode support, expanding documentation, improving developer tools, changing the language to improve reliability.

Free and self-contained software development toolchain with Oberon-2 front-end. The compiler runs natively on Windows, OS X, as well as Linux-based systems and targets several hardware architectures and runtime environments. The included library is still in its infancy and there are only few bindings to external interfaces, but the implementation of the language itself is rather mature and thus suitable for programming embedded systems.

The project brings together users and developers of oberon systems and languages.

The international volunteer organization "Blackbox Component Frame Development Center" was created after the official announcement of Oberon microsystems inc. about publishing Blackbox under BSD 2-clause license and ending official support for Blackbox environment. The center took over the correction of known and newly discovered defects, the addition of innovations, the release and publication of new versions of Blackbox for OS Windows.

Oberon-Developers Forum in the CIS

International Forum for Developers at BlackBox

Choosing a programming language to learn

Oberon and its purity

A collection of different subsystems for Blackbox that contains source code examples, tools, utilities, math and graphics libraries, and many other applications. There are also helpful simple examples for tutorials. Here you will find algorithms and solutions for common computer programming problems.

For information on updating and supplementing the information in the directory, as well as if you need a third-level domain for the project, — write a letter.
The site runs on an http server developed by Blackbox.